This is a special, exclusive deleted scene just for our subscribers...

Ramiel sat back in his saddle as his borrowed horse walked alongside Kyria's. The sky was a sharp blue. No clouds in sight. Air a bit chilly, but nowhere near as cold as hell. He'd take this place over Nema's den any day.

She wasn't sorry. He could hear it in the light amusement of her soft, siren voice. Tempting. "No."

A smile curled her lips and he narrowed his gaze. She shouldn't be smiling. He didn't say anything remotely funny.

Staring at her, he realized she lacked the timidity from before. The determined inquisitor from the Devil's Tail made a return, except she didn't beg for help this time. No, this time her determination accompanied an easy confidence he hadn't really seen before. He liked it. He could admit that much at least. It wasn't like the vulnerability of a woman in need of his strength and protection.

The nature of her gentleness soothed him. Her soft voice reached out. A tender touch calmed the beast inside. He remembered very clearly the warmth of her palm against the scars of his forearm.

It was nice. He'd be crazy if he felt differently. But he didn't want it. He was too far gone for it. If he wasn't careful, he'd forget and drag her down with him.

"You don't have to, Ram." Her sweetness called him out of his own thoughts. "Obviously I can't make you do anything you don't want to. But it's a good way to pass the time. Eli and I used to play."

She probably didn't mean anything by it, but all she had to do was mention Eli and Ram's mouth pressed into a harsh line and his answer came out a little harsher than he intended. "Fine."

"Alright." She chirped, unfazed by him yet again.

Don't make me addicted to you.

"Well, I'll customize it for you. Instead of twenty-one, we'll each just get ten questions. Take turns. Short and simple. The other person has to answer honestly."

"Well, there's no winner if that's what you're asking. It's just a way to get to know someone better."

Sounded like something Nema would make up just to annoy him while he was strapped down, bleeding out into her ritual pots. Unable to escape. Forced to endure.

But maybe it wouldn't be so bad finding out what made this little nephilim tick. Where she came from. What she knew. What she thought of the world. Just to prove to himself they were too different to work together right.

What kind of question was that? Suspicion invaded his subtle irritation, but he answered, "Don't have one."

He took a quick side glance when her horse picked up the pace for a second. A flash of red hair caught the sun and burned bright for half a second. Just enough to officially make it his favorite. "Red."

"Nice." She smiled at him again and he swore he nearly saw heaven. "Bold, passionate. Not what I expected, but I like it. Alright, you ask a question now."

"Well, for me it's chili. A good bowl of homemade chili poured over Fritos on a cold day with a glass of Big Red."

"Okay, if you could travel back in time, what time period would you go to?"

He thought about it for a second. "Renaissance."

He nodded, unsure how to explain his answer without sounding corny as hell. So, he didn't. "Yeah. You?"

"Same. I love Marlowe and Shakespeare. The art and the architecture created after the darkness of the middle ages was beautiful. A revival of self and consciousness. The excitement of everything being new, exploring fresh ideas. Val has a whole collection of Renaissance works. I've read them all." She sighed wistfully. "Okay. Next question. What's your favorite quote?"

He didn't miss a beat, "God has given you one face, and you make yourself another."

Her lips parted, then closed. Quiet settled over her as they slowly trotted along next to each other. It lasted long enough that he thought perhaps she was done playing the game.

Until she spoke up, "I have heard of your paintings too, well enough. God has given you one face and you make yourselves another. You jig and amble, and you lisp, you nickname God's creatures and make your wantonness your ignorance."

Kyria gave a gentle tug of the reins and slowed her horse to a stop. He did the same.

Looking up at him, her golden blue eyes pierced his very being. "He was angry with his mother. With everyone lying to him, conspiring against him. And he took it out on the woman he loved. Someone he trusted. Someone he thought he could depend on."

His hands tightened around the leather straps of his reins. "She conspired against him too. No one is purely innocent, Kyria." Except maybe you.

"Did she though? What was a woman supposed to do back then when her father commanded her to do something? She had no real choice. Why couldn't Hamlet see that and forgive her?" She stared ahead, eyes glazed over.

Was she talking about his siblings? Or herself? Following her father's orders. Never questioning their runaway life. Damn you, Darius.

He turned his face away from her, grumbling and pinning the horizon with his heavy glare. Nothing could keep his pride from succumbing under even the slightest possibility of forgiving his own family for abandoning him. Whether the other angels were just following orders or not. "Everyone has a choice."

"You're right. Our free-will allows us to do the right thing. And forgive those who don't, when they need it most."

Alright, change of subject. "What are your dreams?"

"That's my next question. For the game." He looked at her. "If you were free to do anything, go anywhere, what would you want to do with your life?"

"Oh." Clearly startled, she dug her heels in and the mare started moving again. He followed as she answered. "Well, I used to ask my dad about going to college. I thought I'd go study to become a historian or librarian with my love of books, but it was always a touchy subject with the cartel chasing us and everything. It doesn't seem all that important now, of course. I guess I just felt like I never fit in anywhere. I didn't belong. I know why now." She laughed a little forcefully. "It's funny. I loved reading fantasy and fairytales as a kid. Dragons, trolls, dwarves, and magic. All of it. I just wanted to escape from real life. Turns out those fairytales are my real life. This is where I belong. This ranch. With Val and the orphans. Crystal Ridge. I could make a real life here knowing what I know now. What do you think?"

"I think if you really want it, forget anyone who says otherwise." He paused. "But you still need training." 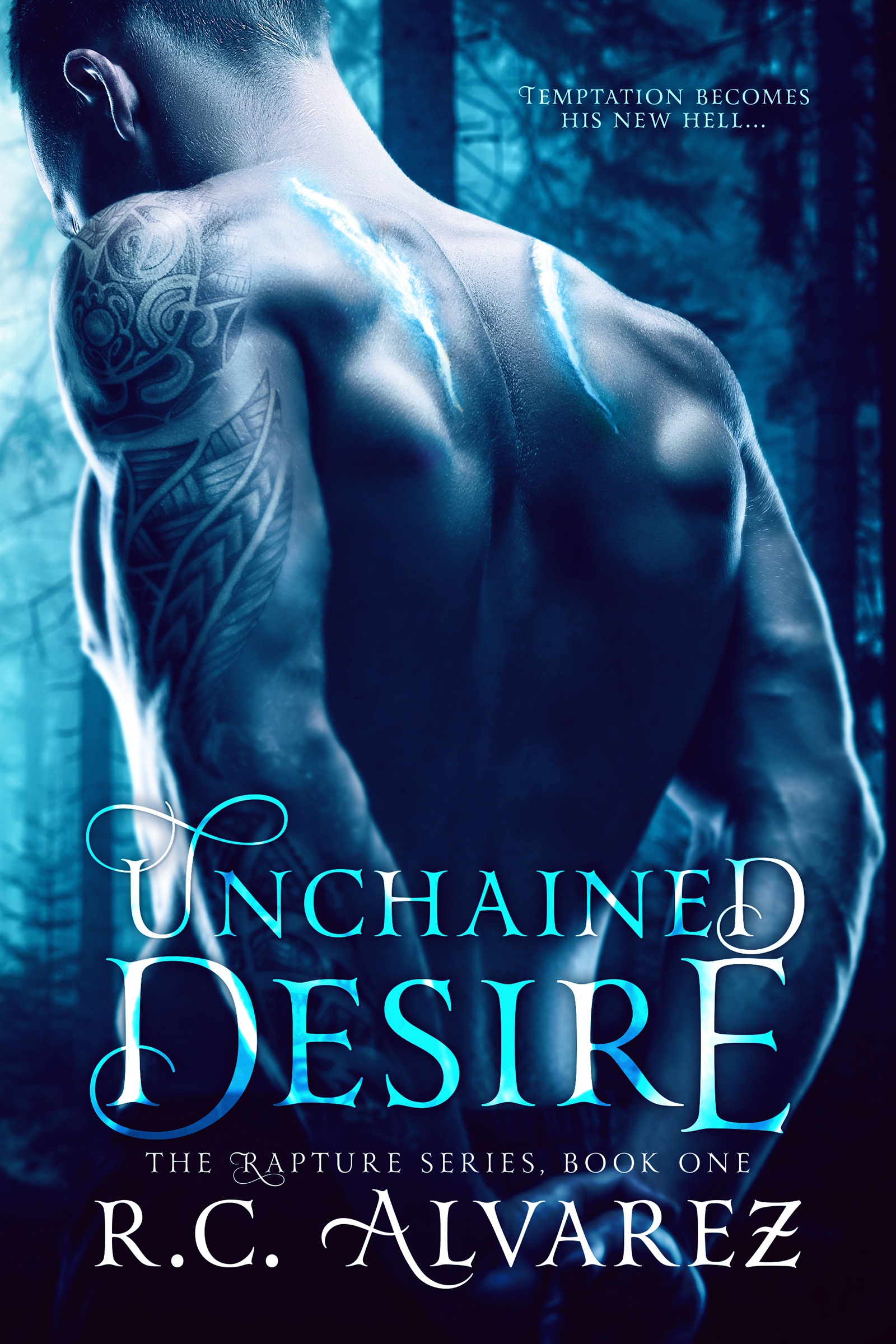 If you haven't gotten your copy of Unchained Desire yet, you can order here.